Mission: To serve as a catalyst for fully engaging the community and bringing innovative approaches to creating a healthier Niagara Falls.

Founded in 2014 with the support of various foundations including the New York State Health Foundation, The Create a Healthier Niagara Falls Collaborative (CAHNFC) is a non-profit organization putting residents’ voices at the center of everything it plans and achieves. At its prime, the City of Niagara Falls sought labor and many African-American families moved into downtown areas in the hope of finding employment. Simultaneously some white families fled these neighborhoods to further areas of the city or other towns. As the city’s economy declined, poverty took its place. Everyone was impacted by this change but African-Americans and minorities were hit especially hard. In light of this, a group of visionary leaders, assisted by the P2 Collaborative utilizing best practices, led the charge to create the CAHNFC.

In its early days, the CAHNFC created and launched a leadership training program for residents, providing them with tools to lead successful projects and create change. After the training, residents started to lead projects in the community. Some of these projects included support groups, community gardens, educational workshops, mentoring programs, improved built environment, and physical activity opportunities. Since then, the CAHNFC has become a strong network for anyone wanting to be involved in their community. Support for resident-generated projects and initiatives is provided through peer group sessions, group training, and individual coaching.

The CAHNFC seeks to improve health equity by tackling the social determinants of health. It is doing so by engaging residents throughout all zip codes and by crossing socio-economic and ethnic backgrounds. The Executive Team is diverse, and members of the Resident Engagement Council represent the community at large. The Executive Team of the CAHNFC has been trained on Community Currency and the approach was shared with residents involved in the Resident Engagement Council mentioned above and was adopted right away. The feedback received pertained to how this initiative will help remove barriers and meet the needs of those participating while also decreasing social isolation. The significance of the Community Currency Initiative is based on the fact that everyone has assets-strengths to offer.

In 2019, the Community Foundation for Greater Buffalo granted the CAHNFC $10,000 in support of the Community Conversations Initiative (CCI).  CCI is a minimum of eight small community conversations hosted in residents’ homes and/or intimate public spaces, involving eight to 12 individuals each, one small community conversation targeting young adults, one small conversation targeting seniors, and one large community conversation convention. The convention will involve all participants of the small talks, the community at large, and individuals in authority positions related to the issues brought forth during the small talks. Such individuals may include city officials, local legislators, representatives of large local employers, housing complexes, police departments, health care providers, religious institutions, various content experts, etc.

CCI is particular in its approach because its ideology is to educate residents so that they can be an effective citizens and participate in a democratic society. It is also particular in its implementation aspects because it favors face-to-face interactions based on the successful model of Small Kitchen Table Talks from Syracuse. 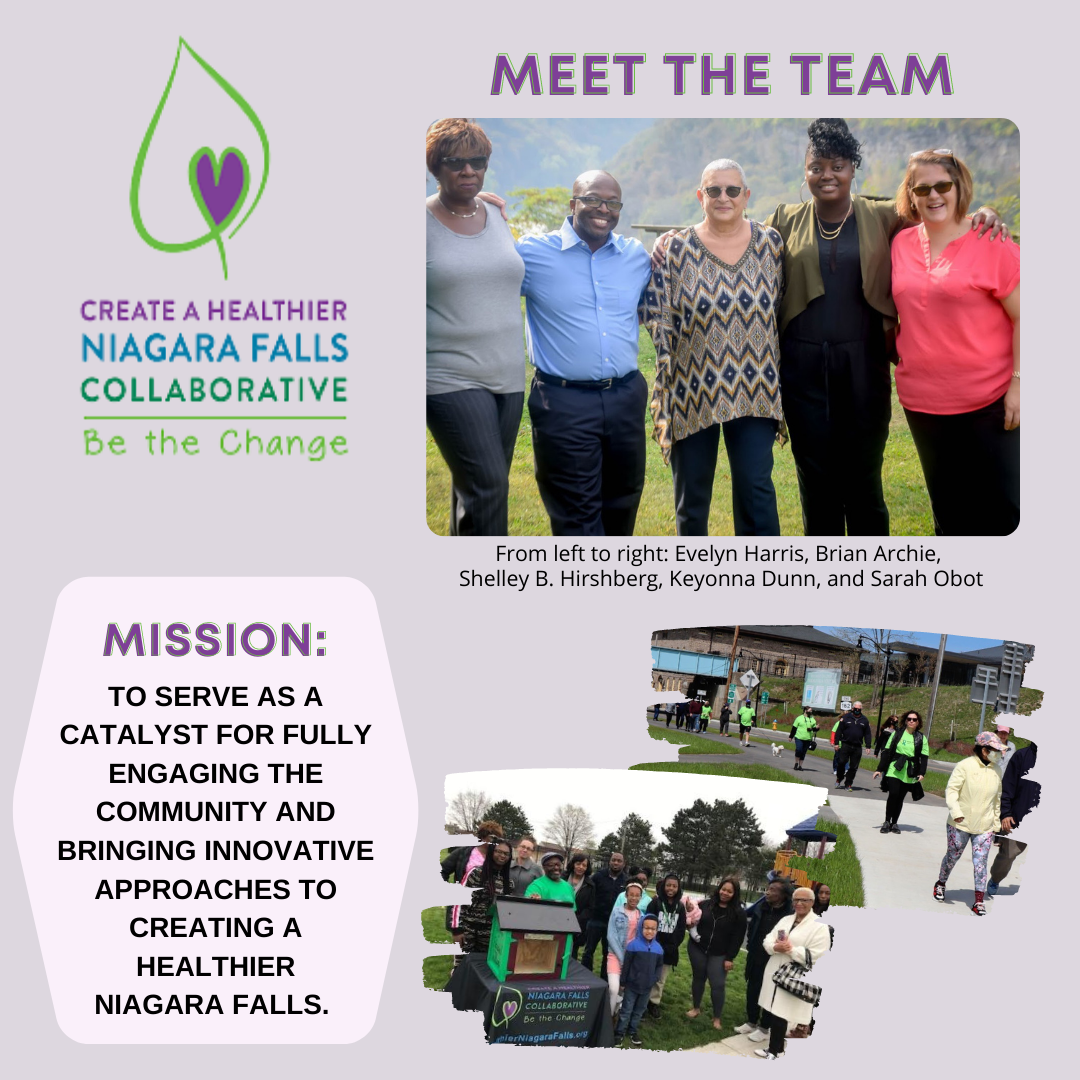 Thank you to Create a Healthier Niagara Falls Collaborative and the generous donors to the Community Foundation for Greater Buffalo for your support of this fantastic program!